Vanipedia - the essence of Vedic knowledge

What Did Prabhupada Mean In His Statements Concerning Hitler 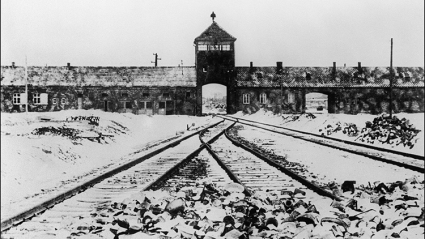 The entrance of Auschwitz.

What Did Prabhupāda Mean In His Statements Concerning Hitler?

When people talk about "Prabhupāda said" in relation to Hitler, they are generally referring to a few well-known quotes. To understand these quotes properly requires studying the longer conversations in which they took place.

Reading this quote literally and out of context is misleading. Did Śrīla Prabhupāda mean to say that "Hitler was a gentleman at all times and in all circumstances"? Not likely. When you read this quote in the larger context of the discussion, he was referring to the fact that Hitler did not drop an atomic bomb and that the Americans did. In this sense, the Americans were not "gentlemen" and world opinion is in agreement with that statement. Things have to be taken in context for proper understanding. For example, Hitler loved dogs. If, in a conversation about Hitler and animals, Śrīla Prabhupāda had called him "kind," meaning kind to dogs, should we conclude that Śrīla Prabhupāda thought Hitler was "kind" in all circumstances? Of course not. Some common sense is called for when interpreting his statements. (for the record, the Germans never had an atomic bomb. So technically, this discussion is moot.)

During Śrīla Prabhupāda's time, there were instances when he would take a position arbitrarily as a way of getting his disciples to think more deeply about a topic. If they were talking about contending theological positions, he might take the position of an atheist and say, for example, "There is no God. (taking the adversarial position) Now you all discuss." The original unedited quote in this instance says, "So these English, they were very expert in making propaganda. They killed Hitler by propaganda. I don't think Hitler was so bad man. (taking the adversarial position) What do you think? You are Englishman…" and then he laughed. He was laughing at the farcical notion that "Hitler was not such a bad man," but someone who doesn't know the context might take him literally.

Śrīla Prabhupāda mentioned Hitler and propaganda in a letter to Krsnadas from 1972. He wrote,

"Regarding Hitler…it is a fact that much propaganda was made against him, that much I know, and the British are first-class propagandists. And I have heard that his officers did everything without informing him, just like in our ISKCON there are so many false things: 'Prabhupāda said this, Prabhupāda said that.' But we have nothing to do with Hitler in our Krishna Consciousness. Do not be deviated by such ideas." [3]

This is important. Prabhupāda was pointing to the power of propaganda and how it can be used to attribute false statements to people—including himself. To conclude therefore that Śrīla Prabhupāda was an apologist for Hitler's crimes, or that he was in favor of killing Jews, is to fall victim to selective citations. For anyone who had the honor of knowing Śrīla Prabhupāda, the idea is patently absurd.

"The Jews have got money. They want to invest and get some profit. Their only interest is how to get money, no nationalism, no religion, nothing of the kind."[4]

This is another example of how dangerous it is to take a statement out of context. Here is a larger portion of that discussion on January 23, 1977, in Bhubaneshwar:

Prabhupāda: That is politics. Once you become strong; once I become... That is struggle. It will go on. You cannot stop.

Rāmeśvara: It's also commonly known that in the West the banks supplied money to Lenin to fight his revolution. They have no discrimination. If it seems like it is a good chance for making interest...

Prabhupāda: Therefore, Hitler killed these Jews. They were financing against Germany. Otherwise he had no enmity with the Jews.

Hari-śauri: Yes. They were controlling the economy. That was his one thing.

Prabhupāda: And they were supplying. They want interest money—"Never mind against our country." Therefore, Hitler decided, "Kill all the Jews."

Historically this is an accurate representation of Hitler's attitude toward the Jews. Hitler railed against what he called "international Finance-Jewry" and threatened in a famous Reichstag speech on January 30, 1939: "If the international Finance-Jewry inside and outside of Europe should succeed in plunging the peoples of the earth once again into a world war, the result will be not the Bolshevization of earth, and thus a Jewish victory, but the annihilation of the Jewish race in Europe." (Some Holocaust historians argue that annihilating the Jews was not his first plan. Initially, they say, he wanted to ship them out of Germany. Then, as the war progressed, he saw an opportunity to murder them. This position in Holocaust studies is called the "situationalist" theory, versus the "intentionalist" theory, which argues that it was Hitler's intention from the outset to murder all Jews.)

Here is more of that conversation in Bhubaneshwar:

Rāmeśvara: These banks in the West, they supported Lenin. They made it possible to finance his revolution.

Prabhupāda: "One pound of flesh." The Jews were criticized long, long ago.

Hari-śauri: They were hated in the Middle Ages.

Rāmeśvara: America now has this policy that they will sell their guns to both sides.

Prabhupāda: That is all right, because they are doing business. So, I am shopkeeper. Anyone pays, I shall... That is good.

Prabhupāda: Why discrimination? I am selling. You come. Pay me. I shall give you.

Rāmeśvara: It's dangerous. They are promoting violence.

Prabhupāda: That dangerous in every item. This Gandhi was also dangerous, although superficially nonviolent. Everyone is dangerous. Until one is devotee, he's dangerous in any position. He's dangerous. Harāv abhaktasya kuto mahad-guṇāḥ. It is mental concoction that "This is good; this is bad." Everything is bad.

If someone lives in a wealthy neighborhood of Long Island where there are many charitable, compassionate, righteous people. But there are also some who fit the above description: "Their only interest is how to get money, no nationalism, no religion, nothing of the sort." Saying that doesn't make one an antisemite, it makes one an accurate observer of the demographics in a section of Long Island. It also tells you nothing about the real feelings the speaker has about Jews—and that is the point. Taking Śrīla Prabhupāda's statements out of context tell us nothing about his true feelings. Our heart goes out to those who think isolating statements about women, about blacks, about Jews—about anyone—tells us anything about Śrīla Prabhupāda's true feelings. They are doing themselves and others great spiritual harm with such selective citations and misinterpretations.

Śrīla Prabhupāda was everything you would have wanted him to be: kind, compassionate, equally disposed to all. Don't let shallow thinkers looking to distort his teachings dissuade you from that understanding of our beloved founder-acharya. He loved everyone.